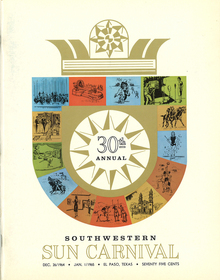 Texas Tech entered the game as the Southwest Conference’s No. 1 offense, averaging close to 300 yards per game, but the Bulldogs held the Red Raiders to 128 total yards. On the same note, Georgia amassed 329 yards of total offense, its second-best performance of the season.

In the second quarter, a 52-yard pass from quarterback Preston Ridlehuber to halfback Fred Barber set up the game’s only score, despite pulling a hamstring muscle in the process. Three plays later, fullback Frank Lankewicz plowed into the endzone from the two-yard line. Kicker Bobby Etter made his 17th straight point after attempt of the season to give Georgia a 7-0 lead.

Texas Tech did not reach Georgia territory until nine minutes were left in the game. After driving to their opponent’s18-yard line, the Red Raiders lost the ball on downs. The next play was a fumble by Ridlehuber at the Bulldog 17 and Ronnie Reeger recovered to give the Red Raiders the ball. Immediately thereafter, Texas Tech’s Tom Wilson threw an interception to Georgia’s Vance Evans.

Ridlehuber, named the C.M. Hendricks Most Valuable Player, ran 19 times for 87 yards and completed four of five passes for 77 yards. Georgia’s Jim Wilson was named the Jimmy Rogers, Jr. Most Valuable Lineman.
Texas Tech’s Donnie Anderson, an All-American selection, was stunted by the Georgia as he was limited to only 19 yards on seven carries. The Bulldog defense never let Texas Tech get past its own 39-yard line in the first half and
limited the Red Raider offense to just 28 yards on 15 plays in the first half.

Though the Red Raider offense could not gain much yardage, the defense prevailed in limiting the Georgia offense. Texas Tech’s defense held once on the one-foot line and recovered fumbles on their 11 and 14-yard lines in the third quarter.

The victory was Georgia’s sixth in nine bowl appearances and was Tech’s seventh loss in nine post-season games.

Rookie coach Vince Dooley, the 1964 Southeastern Conference Coach of the Year, made his first bowl appearance as Georgia’s head coach.