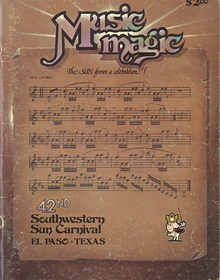 No. 10 Texas A&M utilized a strong rushing attack and the leg of its All-American kicker to roll past Florida, 37-14, in the 43rd Annual Sun Bowl.

MVP honors could have easily have gone to Aggie fullback George Woodward, who rushed for 125 yards on 25 attempts and caught four passes for 24 yards. He also tied the Sun Bowl record with three touchdowns in the game.

The Gators seemed doomed from the start. Florida only produced two first downs in the first half and failed to complete a single pass in the opening 30 minutes. The Gators were also victims to a pair of fumbles.

Second half adjustments seemed to work for Florida, but it was a little to late. Woodard scored all three of his touchdowns in the second half, in between a pair of Florida rushing touchdowns by Wes Chandler and Terry LeCount.

Franklin was later honored for his performance by being inducted into the Legends of the Sun Bowl in 2006.